The LORD protects the strangers. (Psalm 146:9a) 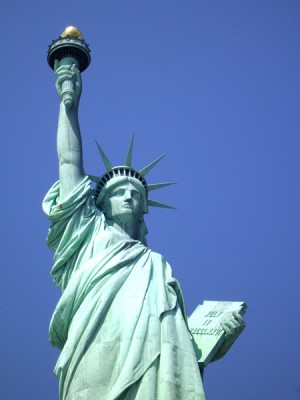 It’s easy to get caught up in a MEMBERS ONLY mentality, even with God’s Chosen People. But we forget that GOD did the choosing—not  you or me.

Abraham was called to go to a land he did not know, where he would be the stranger, the alien, the foreigner:

By faith Abraham, when he was called, obeyed by going out to a place which he was to receive for an inheritance; and he went out, not knowing where he was going. By faith he lived as an alien in the land of promise, as in a foreign land, dwelling in tents with Isaac and Jacob, fellow heirs of the same promise; for he was looking for the city which has foundations, whose architect and builder is God. (Hebrews 11:8-10)

It didn’t take long for Israel to forget their roots. And that’s why Moses put in reminders such as this in God’s Law:

For the LORD your God is the God of gods and Lord of lords. He is the great God, the mighty and awesome God, who shows no partiality and cannot be bribed. He ensures that orphans and widows receive justice. He shows love to the foreigners living among you and gives them food and clothing. So you, too, must show love to foreigners, for you yourselves were once foreigners in the land of Egypt. (Deuteronomy 10:17-19)

And it didn’t take us long to forget our roots: Give me your tired, your poor, Your huddled masses yearning to breathe free, The wretched refuse of your teeming shore. Send these, the homeless, tempest-tossed to me, I lift my lamp beside the golden door! You may recognize those words as the ones found on the Statue of Liberty.

You see, we weren’t calling “Christians Only” or a “Jews Only” people to this land. We were calling those who wanted to be free; and that doesn’t preclude that those who come would become followers of Christ, for true freedom can only be found in Christ: So if the Son makes you free, you will be free indeed. (John 8:36)

In those days you were living apart from Christ. You were excluded from citizenship among the people of Israel, and you did not know the covenant promises God had made to them. You lived in this world without God and without hope.  But now you have been united with Christ Jesus. Once you were far away from God, but now you have been brought near to him through the blood of Christ. So now you Gentiles are no longer strangers and foreigners. You are citizens along with all of God’s holy people. You are members of God’s family. (Ephesians 2:12-13, 19)

Going back to Abraham, the original stranger, it said: he was looking for the city which has foundations, whose architect and builder is God. In other words—Heaven.

For our citizenship is in heaven, from which also we eagerly wait for a Savior, the Lord Jesus Christ. (Philippians 3:20)

There are no strangers in heaven. That’s why you’ll find: And they sang  a new song, saying, “Worthy are You to take the book and to break its seals; for You were slain, and purchased for God with Your blood men from every tribe and tongue and people and nation.”