Wednesday is the beginning of Lent, and often you may hear the comment: “I gave up __________ for Lent” (You fill in the blank). But did you ever consider what GOD gave up for Lent? For the next 40-some days, join me as we discover what God the Father gave up for Lent, as we follow Jesus the Son of God through His Passion.

Let the sea roar and all it contains, the world and those who dwell in it. Let the rivers clap their hands, let the mountains sing together for joy. (Psalm 98:7-8) 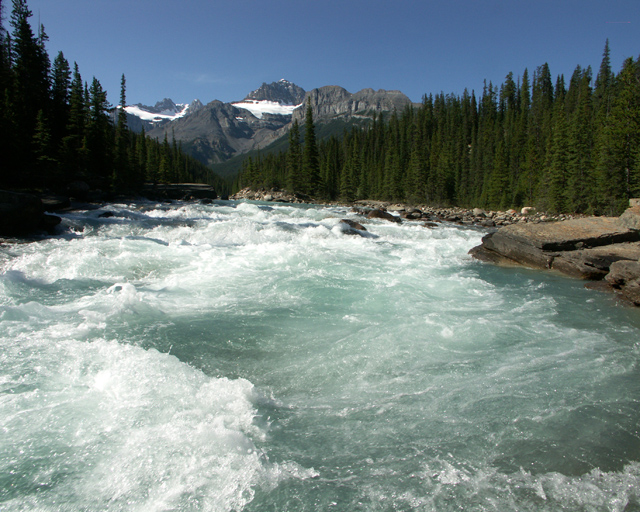 What Kind of River Are You?

The word river is also translated a few times as flood; but there is an interesting thing found in its root word and is not only translated as stream, but also shine, beam, and radiant. Think about when Scripture intersects with river, light and life.

How precious is Your lovingkindness, O God! And the children of men take refuge in the shadow of Your wings. They drink their fill of the abundance of Your house; and You give them to drink of the river of Your delights. For with You is the fountain of life; in Your light we see light. (Psalm 36:7-9)

Do you know how a river moves—especially a rushing river? Waves and spray are tossed up and sparkle in the light. This is the sort of river which would clap it’s hands. It is not a lazy river, but a turbulent river.

That’s what hands do; they clap for joy to the Lord, and they bring healing and comfort. What other ways can you use your hands for the Lord and His People?

God could have done a quiet work of salvation, He did after all, chose a small, even insignificant, people, in a remote part of the planet. They had many huge and notable empires nearby: Egyptians, Babylonians, Persians, Greeks, Romans, etc. But there was tiny Israel, always with another conqueror breezing through, and making them a (remote and inconsequential) part of an “intergalactic” empire. But one of the reasons God chose a small people was to ensure that they would never (try though they must) get the credit for their salvation. This salvation was very much a God-thing, and must not be confused for anything else. So when All the ends of the earth have seen the salvation of our God, they were seeing the salvation of our God.

Now the question needs to be asked: Why? If this was an “Israel only” to-do, why should all the earth see it.

Well, Israel may have been God’s Chosen people, but all earth’s peoples were made by Him—all had His image stamped upon them.

There were those who were aliens who would recognize that the God of Israel was indeed the Lord of all. In the context of this Psalm, it was because they had seen the salvation of our God.

The stranger who resides with you shall be to you as the native among you, and you shall love him as yourself, for you were aliens in the land of Egypt; I am the LORD your God. ( Lev 19:34)

So show your love for the alien, for you were aliens in the land of Egypt. (Deuteronomy 10:19)

God had spoken to Israel on many occasions, reminding them they too were aliens; Perhaps the greatest thing about the New Covenant—all of us aliens can now draw close to the Lord God through the shed blood of Jesus.

But now in Christ Jesus you who formerly were far off have been brought near by the blood of Christ. (Ephesians 2:13)

After all, We have an Advocate with the Father, Jesus Christ the righteous; and He Himself is the propitiation for our sins; and not for ours only, but also for those of the whole world. (1 John 2:2)

I was crying to the Lord with my voice, And He answered me from His holy mountain. Selah. – Psalm 3:4 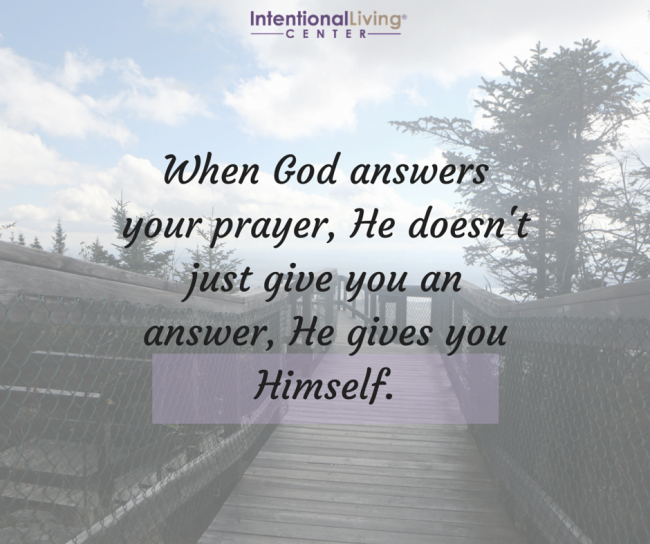 This isn’t so much a psalm as it is an invite. Starting February 1st, you will be able to join me in a Facebook event on Prayer called: 28 Days to More Intentional Prayer. And as you might guess, it is running through the month of February.

You an find it at: www.theintentionallife.com/facebook. And click on EVENT