An Awful Waste of Space

From Contact (1997)
Young Ellie:  Dad, do you think there’s people on other planets?
Ted Arroway:  I don’t know, Sparks. But I guess I’d say if it is just us… seems like an awful waste of space.

Well, I got to admit, this is different for me. Starting with a quote from a movie rather than one from the Bible. But, it’s a great way to illustrate how small our thinking really is.

The heavens proclaim the glory of God. The skies display his craftsmanship. (Psalm 19:1)

Current speculation on the size of the observable universe is some 91 billion light years. As far as what’s beyond, best guess.

He is Omnipotent, Omniscient, and Omnipresent. He is Everlasting, without beginning or end. That pretty much makes Him beyond even the unseen stretches of the universe.

One might think those sort of attributes put Him beyond our finite experience and understanding. But that is not the case, for at least two reasons (there are countless more but I desire to keep this short).

We have been made in His image (Imago Dei) we have also been given the ability to know Him.

And Christ came to show us that what God looks like up close and personal; and that we can not only know Him, but have a relationship with Him.

Though he was God, he did not think of equality with God as something to cling to. Instead, he gave up his divine privileges; he took the humble position of a slave and was born as a human being. When he appeared in human form, he humbled himself in obedience to God and died a criminal’s death on a cross. Therefore, God elevated him to the place of highest honor and gave him the name above all other names, that at the name of Jesus every knee should bow, in heaven and on earth and under the earth, and every tongue declare that Jesus Christ is Lord, to the glory of God the Father. (Philippians 2:6-11)

It’s Only a Song…

Why am I discouraged? Why is my heart so sad? I will put my hope in God! I will praise him again—my Savior and my God! (Psalm 42:5) 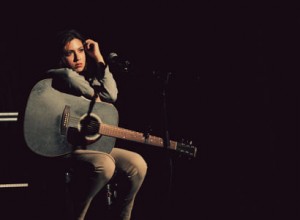 This verse appears three times, twice in this one and once is Psalm 43. When you read these Psalms together, you realize that this phrase (v. 5, 11, and v. 5 in the second psalm) fills the function of a refrain or chorus. Now the purpose of a chorus (except for those who aren’t very good with lyrics and need to say things over and over) is to repeat lines both thematically and musically to ensure it sticks, and that we don’t miss whatever it is being said (sung). So what precedes this chorus?

Verse 1 . (musically speaking) Apparently the Psalmist is no longer near the Temple, is missing the  worship and the fellowship, and is taunted by his enemies about the very existence of his God.

We should remember the passage from Hebrews:  And let us not neglect our meeting together, as some people do, but encourage one another, especially now that the day of his return is drawing near. (Hebrews 10:25)

If for some reason the writer found himself alone, then worship and encouragement would have been is short supply.

But in the midst of this second verse, the Psalmist sings: But each day the Lord pours his unfailing love upon me, and through each night I sing his songs, praying to God who gives me life. (42:8) Now I’ve got to ask: if God is pouring out His unfailing love each day, and he’s singing and praying every night—what’s wrong with his heart?

Verse 3. The oppression continues, as well as false claims against him.

Here he prays for God’s deliverance and guidance.  Then the chorus appears for the last time.

So the question still stands: what’s wrong with his heart? It is not for me to question, for clearly there is something troubling this saint. Within these two psalms, we’ve seen plenty of reasons for sorrow. But we’ve also seen God’s provision. So is sorrow winning over God’s grace?

I suppose it can, if we leave ourselves to it, and surrender to the sadness. Then depression an discouragement can set in. But all throughout this psalm, this songwriter examines his surroundings, his emotions, and his relations. And his decision? I will put my hope in God! I will praise him again—my Savior and my God! I will, he says. And he chooses action over inaction. He chooses worship over weeping.

One more thing.  The last phrase is: my Savior and my God. And the Hebrew word for Savior is Yeshua, which is Jesus. So if you’re experiencing this sorrow, remember: “Take My yoke upon you and learn from Me, for I am gentle and humble in heart, and you will find rest for your souls. For My yoke is easy and My burden is light.” (Matthew 11:29-30)

Choose the Savior over sorrow.