Give honor and praise  to the Lord, whose power and beauty fill His holy temple. (Psalm 96:6 CEV) 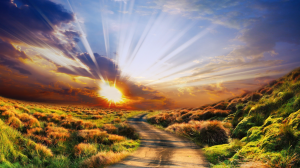 What does it look like for the Lord to fill His holy temple with power and beauty? Power is most often translated as strength, and in Hebrew, refers not only to strength in force, but character, security, and is praiseworthy. Beauty is that which is beautiful and fair; and is also translated as glorious and honor. Since these words are referring to characteristics belonging to the LORD, then they are of divine and supernatural extremes, perhaps so strong and so glorious, it is beyond our comprehension and perception.

As soon as Solomon finished praying, fire came down from heaven and burned up the offerings. The Lord’s dazzling glory then filled the temple, and the priests could not go in. When the crowd of people saw the fire and the Lord’s glory, they knelt down and worshiped the Lord. They prayed: “The Lord is good, and His love never ends.” (2 Chronicles 7:1-3)

On the day Solomon dedicated the temple of the LORD in Jerusalem, there was a tangible, palpable manifestation of the Lord filling His temple with His power and beauty. So much so, the priests could not fulfill their ordained tasks.

So what does this have to do with you? I’m glad you asked. Here’s what the Temple is, starting in the New Covenant : Or do you not know that your body is a temple of the Holy Spirit who is in you, whom you have from God, and that you are not your own? For you have been bought with a price: therefore glorify God in your body. (1 Corinthians 6:19-20)

May the LORD so fill you with His power and beauty, that He may be tangibly seen and felt by those around you. Amen.

Who does not walk in the counsel of the wicked…
(Psalm 1:1b) 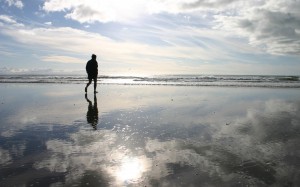 The Hebrew word for walk also means to come and go, depart, proceed, to move and go away. It can also be translated as your manner or way of life (i.e.—your walk).

Wicked also means ungodly and criminal, and specifically are those hostile to God.

If you want to be blessed, do not walk in the advice of those who are hostile to God; do not make it a part of your life. Another way to put it, while you are coming and going, do not accompany the wicked. 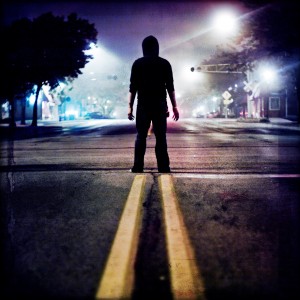 The Hebrew word for stand means as to remain, endure; to take one’s stand, to persist, and become a servant of such.

Here you’re no longer walking, but are taking a stand, not against sinners, but with sinners. You could also say that you have become a slave to sin. 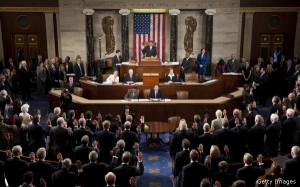 The Hebrew word for sit also means dwell, remain, and abide. It also has a meaning as to be set (in one’s ways).

Seat has similar meanings to sit: dwell, dwelling, assembly.  Mockers means scorner, scoffer, and interpreter, one who should translate but instead of bringing understanding, makes it a mockery.

Finally our dwelling place is no longer with the godly, but the ungodly. With whom do you live?

Better is one day in your courts than a thousand elsewhere; I would rather be a doorkeeper in the house of my God than dwell in the tents of the wicked. (Psalm 84:10)

Note the downward spiral, the devolution as it were in our actions: from walking to standing to sitting with the ungodly.

Even though this part of the verse has dealt with that which we are NOT to do, the following verse shows us what we are to do: “But his delight is in the law of the Lord,
And in His law he meditates day and night.” May God give you the wisdom to know the difference between what to do, and what not to do.

I will sing your praises forever and will always keep my promises. (Psalm 61:8) 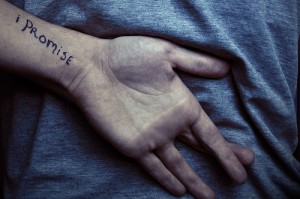 Always is a pretty tough word to keep. When was the last time you broke your promise? The punishment for such a breach is quite severe:

The judges shall investigate thoroughly, and if the witness is a false witness and he has accused his brother falsely, then you shall do to him just as he had intended to do to his brother. Thus you shall purge the evil from among you.   The rest will hear and be afraid, and will never again do such an evil thing among you.  (Deuteronomy 19:18-20)

A false witness will not go unpunished, and he who tells lies will perish. (Proverbs 19:9)

It could be weeks, months, or years; or just in the last few minutes. It could have been huge, or it could have been small. Maybe you ran out of time. Or it got too complicated. Or it was hurting too much. Or maybe, you had no intention of keeping your promise in the first place. Consider the following:

Who may stay in God’s temple or live on the holy mountain of the Lord? Only those who obey God
and do as they should. They speak the truth and don’t spread gossip; they treat others fairly and don’t say cruel things. They hate worthless people, but show respect for all  who worship the Lord.
And they keep their promises, no matter what the cost. (Psalm 15:1-3)

He who walks in integrity walks securely, but he who perverts his ways will be found out. (Proverbs 10:9)

Not one of the good promises which the LORD had made to the house of Israel failed; all came to pass. (Joshua 21:45)

Faithful is He who calls you, and He also will bring it to pass. (1 Thessalonians 5:24)

Whether keeping your word, or your promises, may your character reflect the Lord Jesus Christ.

My enemies speak evil against me, “When will he die, and his name perish?” All who hate me whisper about me, imagining the worst. “He has some fatal disease,” they say. “He will never get out of that bed!” LORD, have mercy on me. (Psalm 41:5, 7, 8) 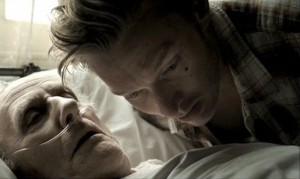 It’s no surprise David had his detractors and enemies, and the reasons for this are legion. Rival kings with their armies; rival worshipers of false gods; add to those adversaries, the Devil, and you have a full time battle on your hands while seeking to serve and worship the One True God.

But not all enemies are external and foreign. Some had walked within David’s halls; for many are those who would seek to serve themselves rather than the LORD; to have their own cronies in office rather than the LORD’s anointed. Righteousness is not where their interest lies.

Does that make David wrong? No just a different covenant. Regardless of whether we are betrayed or persecuted;  libeled, scandalized, or marginalized; we are told to love our enemies; to do good to them, and to pray for them (Matthew 5:43-46). That’s the path of righteousness we must take. The next time you suffer are the hands of an enemy, realize it is more about paying forward than paying back. You may be investing in them finding Christ. Let your light shine before men in such a way that they may see your good works, and glorify your Father who is in heaven. (Matthew 5:16)