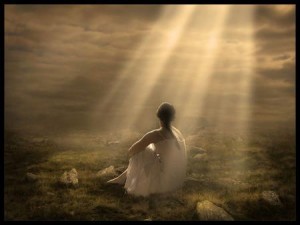 This is my favorite Psalm. In fact it was the Psalm that launched this website (#2). And as is often the case, favorite verses can sometimes cause us to miss the context; and that’s what happened here. You see, whether you translate that Hebrew word raphah as be still, or cease striving, or fall limp, or fail, or drop—the list goes on—it spoke to me as an everyday, what’s going on in my life, kind of verse. But it’s not that only.

Now I will say, that it’s application still makes it very much an everyday, what’s going on in my life kind of verse, but the status for the psalm writer was much more intense.

The nations made an uproar, the kingdoms tottered; He raised His voice, the earth melted. The Lord of hosts is with us; The God of Jacob is our stronghold. Selah.

Come, behold the works of the Lord, Who has wrought desolations in the earth. He makes wars to cease to the end of the earth; He breaks the bow and cuts the spear in two; He burns the chariots with fire. Cease striving and know that I am God; I will be exalted among the will nations, I will be exalted in the earth.” The Lord of hosts is with us; The God of Jacob is our stronghold. (vs. 6-11)

So, the psalmist speaks of a battle; in fact it seems to him like a worldwide battle— nations were in an uproar, kingdoms tottered, the earth melted— yeah, sounds pretty worldwide to me. And if God raised his voice and melted in the earth, that’s kinda apocalyptic.

But whether it’s an intense battle going on in a faraway place, or the end of the earth, or even a spiritual battle that’s raging on around you, threatening to overwhelm your heart and your soul, this Cease Striving does not merely call you to stop in the middle of a busy day; it calls you to stop whatever you’re doing, even in the midst of your warfare. It’s that important, and it’s that life-changing. Will you cease your striving to know that He is God?

Next time… More on the context of this verse.