You are my hiding place; You preserve me from trouble; You surround me with songs of deliverance. Selah. (Psalm 32:7) 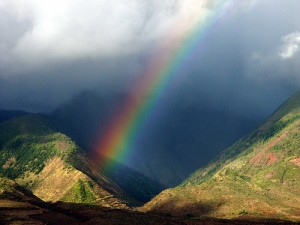 In this Psalm, it is not God specifically who surrounds us—rather we are surrounded by His songs of deliverance. Now I suppose one could make the case that these songs are a result of the deliverance, but that seems to be a disservice to the songs of the Lord. There seems to be something more tangible and protective to these songs than just a post-deliverance celebration.

And why do I say that we do the Lord a disservice? What a marvelous and wondrous thing to have the Lord of Hosts sing to you! It brings to mind that passage from Psalm 46:10—Cease striving and know that I am God. Could it be that if we were quiet, we might hear the Lord singing to us? If the Lord created music, why wouldn’t He sing to us?

It should be noted that this is the only appearance of this particular Hebrew word for songs in the OT. So if creation was an unique event, what about your deliverance?

Now you may be saying that being surrounded by songs of deliverance is a rather flimsy shield, and songs are not much of a means of deliverance. But consider: if He Who created all things with just a few words, how much more could He accomplish with a song!

We end with a pause—Selah—perhaps you might hear Him sing.