Precious in the sight of the LORD is the death of His godly ones. (Psalm 116:10)

I believe this is the Old Testament precursor of a passage from Revelation:

And I heard a voice from heaven, saying, “Write, ‘Blessed are the dead who die in the Lord from now on!’” “Yes,” says the Spirit, “so that they may rest from their labors, for their deeds follow with them.”

I first ran across this latter verse when I performed the Brahms Requiem with the Philadelphia Orchestra. Now don’t get all impressed with me. I was just a Bass in  a choir of about 150 singers. There are seven movements in the great work, and the one based on the above verse is the final movement, which makes sense. And at the end of this post, you’ll hear this movement. Now back to the Psalm.

From a contextual point of view, verse 10 is rather interesting, because it is the only one dealing with someone actually dying. The remainder of the other 18 verses speak of one that has been delivered from the grasp of death.

The cords of death encompassed me and the terrors of Sheol came upon me; I found distress and sorrow.  Then I called upon the name of the LORD:  “O LORD, I beseech You, save my life!”  Gracious is the LORD, and righteous;  Yes, our God is compassionate.  The LORD preserves the simple;  I was brought low, and He saved me.  Return to your rest, O my soul, for the LORD has dealt bountifully with you.  For You have rescued my soul from death, my eyes from tears, my feet from stumbling. (v. 3-8) 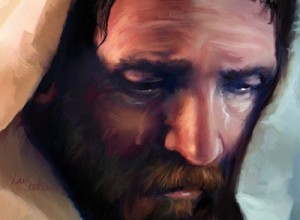 So why insert this verse about death, when all the others are about escaping from it (and being   thankful)? I think the key is in verse 8: For You have rescued my soul from death, my eyes from tears, my feet from stumbling. You see, for those who have lost a loved one, their eyes have shed many tears, and they have stumbled. But the Psalmist gives them a glimmer of hope when he tells them that their loved one is one of the Lord’s godly ones, and their death is precious in His sight.

Some of the meanings of the Hebrew word for precious are: prized, rare, highly valued and influential. And all those describe my friend Mark. For those who knew him, and many much better than I, you can see those words describing Mark. But the most important aspect of Mark 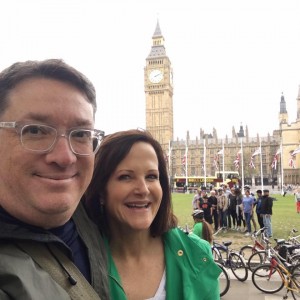 is that he was and is one of  the Lord’s godly ones. And since his death is precious to God, I have no doubt that it grieved our Heavenly Father—or rather—our Heavenly Father grieves for Mark’s wife Lorri, and their families; because Mark is now with Him, probably shooting videos—and the resolution is out of this world.

So for those who have grieved, cried and stumbled, know two things (at least):

Not that I have already obtained all this, or have already arrived at my goal, but I press on to take hold of that for which Christ Jesus took hold of me. Brothers and sisters, I do not consider myself yet to have taken hold of it. But one thing I do: Forgetting what is behind and straining toward what is ahead, I press on toward the goal to win the prize for which God has called me heavenward in Christ Jesus.. (Philippians 4:12-14)

Because Mark is one of His godly ones, we DO have hope. And despite our tears and stumbling, we need to continue to press on. For like him, we too will one day rest from our labors.