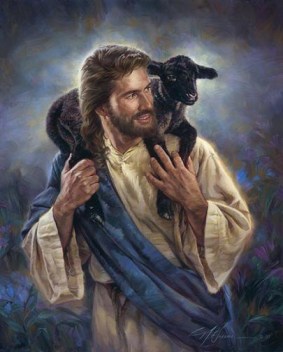 Surely our griefs He Himself bore, and our sorrows He carried; yet we ourselves esteemed Him stricken, smitten of God, and afflicted. But He was pierced through for our transgressions, He was crushed for our iniquities; the chastening for our well-being fell upon Him, and by His scourging we are healed. (Isaiah 53:4-5)

Sorrows are not sins. And these were not carried away. These are the burdens that Christ is willing to carry for us even now. He has paid for our sins, they are gone and buried. Christ has taken them away. But the pain in this life, the grief we endure, the sorrows of living in a fallen world, and sharing in His sufferings, these are the things—and more—He willingly carries.

Come to Me, all who are weary and heavy-laden, and I will give you rest. Take My yoke upon you and learn from Me, for I am gentle and humble in heart, and you will find rest for your souls. For My yoke is easy and My burden is light. (Matthew 11:28-30)

Cast your burden upon the LORD and He will sustain you; He will never allow the righteous to be shaken. (Psalm 55:22)

“Comfort, O comfort My people,” says your God. “Speak kindly to Jerusalem; and call out to her, that her warfare has ended, that her iniquity has been removed, that she has received of the LORD’S hand double for all her sins. ( Isaiah 40:1-2)

For thus says the LORD, “Behold, I extend peace to her like a river, and the glory of the nations like an overflowing stream; and you will be nursed, you will be carried on the hip and fondled on the knees. As one whom his mother comforts, so I will comfort you; and you will be comforted in Jerusalem.” Then you will see this, and your heart will be glad, and your bones will flourish like the new grass; and the hand of the LORD will be made known to His servants. ( Isaiah 66:12-14)

Blessed be the God and Father of our Lord Jesus Christ, the Father of mercies and God of all comfort, Who comforts us in all our affliction so that we will be able to comfort those who are in any affliction with the comfort with which we ourselves are comforted by God. For just as the sufferings of Christ are ours in abundance, so also our comfort is abundant through Christ. ( 2 Corinthians 1:3-5)

So what happens when we cast off our burdens to the LORD? He gives us His comfort. And wouldn’t you rather carry His comfort. Now I know we will always have trials and troubles in this life; but we do not endure them alone; His comfort is right there with us. But we are not just recipients of this comforting and burden bearing work Christ has done for us and in us. Paul reveals we are also to comfort others the way we are comforted. Those who have received must give.

Implied within the Hebrew carried, is carrying a heavy load, to the point of having to drag oneself along. Sorrows can be overwhelming, and Jesus is willing to carry them for you.

This is the second of the substitutions: He carried (drug) our heavy load of sorrows. 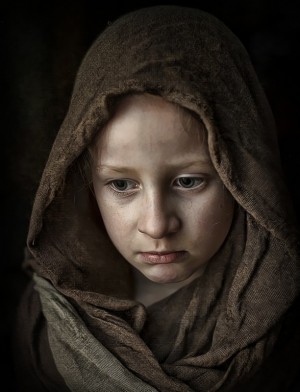 What does it mean to be a man of sorrows? Would it be fair to say that the life of this man was defined by the sorrows he experienced; that the seminal characteristic of his life was sorrow? When people looked at Him, was sorrow all they could see? If sorrow not only describes but defines Christ, wasn’t there more to His life than sorrow?

Perhaps we can see the determination that got Him through this sorrow:

And He was saying, “Abba! Father! All things are possible for You; remove this cup from Me; yet not what I will, but what You will.” (Mark 14:36)

Who for the joy set before Him endured the cross, despising the shame, and has sat down at the right hand of the throne of God. (Hebrews 12:2)

Now My soul has become troubled; and what shall I say, “Father, save Me from this hour’? But for this purpose I came to this hour.” (John 12:27)

Was this world just something to endure? Was it something to just push through? Christ certainly had a grasp of the big picture, but He also had joy, and it was found in obedience. Something we too can experience.

“I am no longer in the world; and yet they themselves are in the world, and I come to You. Holy Father, keep them in Your name, the name which You have given Me, that they may be one even as We are. While I was with them, I was keeping them in Your name which You have given Me; and I guarded them and not one of them perished but the son of perdition, so that the Scripture would be fulfilled. But now I come to You; and these things I speak in the world so that they may have My joy made full in themselves.” (John 17:11-13)

How do you find joy in the midst of sorrow? Consider the opening statement of James in his New Testament letter: Consider it all joy, my brethren, when you encounter various trials, knowing that the testing of your faith produces endurance. And let endurance have its perfect result, so that you may be perfect and complete, lacking in nothing. (James 1:2-4)

Joy in the midst of sorrow may require the long view (see Hebrew 12:2 above). We need to see that the process, and the result of that process is being perfect and complete, lacking in nothing. That sounds like something to be joyous about. 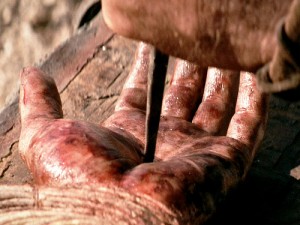 I gave My back to those who strike Me, and My cheeks to those who pluck out the beard; I did not cover My face from humiliation and spitting. For the Lord GOD helps Me, therefore, I am not disgraced; therefore, I have set My face like flint, and I know that I will not be ashamed.  (Isaiah 50:6-7)

I am the good shepherd, and I know My own and My own know Me, even as the Father knows Me and I know the Father; and I lay down My life for the sheep. I have other sheep, which are not of this fold; I must bring them also, and they will hear My voice; and they will become one flock with one shepherd. For this reason the Father loves Me, because I lay down My life so that I may take it again. No one has taken it away from Me, but I lay it down on My own initiative. I have authority to lay it down, and I have authority to take it up again. This commandment I received from My Father. (John 10:14-18)

Giving His back and giving His cheeks was completely and utterly His choice. Jesus allowed Himself to be humiliated and beaten. And He made that choice for you. The cross was the culmination of all things to secure your salvation. It was the final act of sacrifice for you.

There is a short phrase in 1 Corinthians 13 that may explain the how and why Christ was willing to submit to and endure such torture (both physical and emotional): Love… bears all things. The Greek describes this word in two ways: to bear up under, which speaks to Christ’s choice to bear your sins; and to cover, which speaks to His protection of you. He was willing to be struck, plucked, spat upon, and humiliated because love… bears all things.

The word strike can be significantly more violent in its usage: to kill, destroy and slaughter, are a few of the more “intense” translations. Perhaps strike was more injurious in earlier languages, but now it means little more than a slap in the face. We must never lose sight of the torture and brutality which Christ endured, and then finally died.

He did not hide His face from those who plucked His beard, who spat upon Him, and those who sought to disgrace, dishonor and cast reproach upon Him.

There’s sort of a divine stubbornness at work here. Because the LORD helped Him, Christ was able to push through the insults, the spitting, the plucking of His beard and the beatings.  Indeed, He even pushed through the grave, for death was unable to keep Him. Hallelujah! Thus He set His face like flint and was not ashamed. And because he was not ashamed to endure the cross, the sins of the world, and death, He was not ashamed to embrace you: For it was fitting for Him, for whom are all things, and through whom are all things, in bringing many sons to glory, to perfect the author of their salvation through sufferings. For both He who sanctifies and those who are sanctified are all from one Father; for which reason He is not ashamed to call them brethren, saying, “I will proclaim Your name to My brethren, In the midst of the congregation I will sing Your praise.” ( Hebrews 2:10-12) 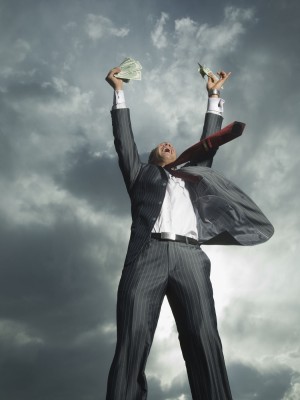