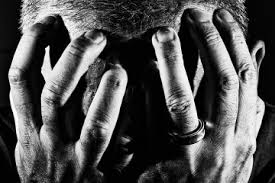 A man of sorrows and acquainted with grief. (Isaiah 53:3c)

Acquainted is an archaic term and, unfortunately, tends to have a shallow meaning today. Actually, there is depth in this word. Christ knew grief by experience. You might say it was up close and personal.

Grief in the Hebrew is more often translated as sickness and disease. In most of its occurrences, this sickness is the consequence for sins committed. But for Christ, it was sickness which was a result of the sins of the world He took upon Himself.

A significant part of Christ’s ministry in this world was the healing the sick.

Jesus was going throughout all Galilee, teaching in their synagogues and proclaiming the gospel of the kingdom, and healing every kind of disease and every kind of sickness among the people. (Matthew 4:23)

When they got out of the boat, immediately the people recognized Him, and ran about that whole country and began to carry here and there on their pallets those who were sick, to the place they heard He was. Wherever He entered villages, or cities, or countryside, they were laying the sick in the market places, and imploring Him that they might just touch the fringe of His cloak; and as many as touched it were being cured. (Mark 6:54-56)

And Levi gave a big reception for Him in his house; and there was a great crowd of tax collectors and other people who were reclining at the table with them. The Pharisees and their scribes began grumbling at His disciples, saying, “Why do you eat and drink with the tax collectors and sinners?” And Jesus answered and said to them, “It is not those who are well who need a physician, but those who are sick. I have not come to call the righteous but sinners to repentance.” (Luke 5:29-32)

Do not miss Christ’s invitation:

Now there is in Jerusalem by the sheep gate a pool, which is called in Hebrew Bethesda, having five porticoes. In these lay a multitude of those who were sick, blind, lame, and withered, waiting for the moving of the waters; for an angel of the Lord went down at certain seasons into the pool and stirred up the water; whoever then first, after the stirring up of the water, stepped in was made well from whatever disease with which he was afflicted. A man was there who had been ill for thirty-eight years. When Jesus saw him lying there, and knew that he had already been a long time in that condition, He said to him, “Do you wish to get well?” The sick man answered Him, “Sir, I have no man to put me into the pool when the water is stirred up, but while I am coming, another steps down before me.” Jesus said to him, “Get up, pick up your pallet and walk.” Immediately the man became well, and picked up his pallet and began to walk. (John 5:2-9)

Do you wish to get well? I’ve often thought this a strange question. After all, the guy had been sick for 38 years, and for had for many of those years, been laying by the pool, hoping he might make it in to the waters when they were stirred. But he just wasn’t quick enough. Had he given up? Was he just there out of habit? You know, that’s the way it can be with our sins; we’ve gotten too used to them to change what we are doing. But like this guy, if you answer Jesus’ question with a “Yes”, you will be healed from your sins. Go ahead… ask.

Surely God is good to Israel, to those who are pure in heart. (Psalm 73:1)

Do you have a foundational belief on which you stand? Something you can cling to regardless of what is going on around or within you? The Psalmist did—he made a declaration—and made his stand: Surely God is good to Israel.

The Hebrew word for surely has two uses: one is emphatic, the other is restrictive. So you can put an exclamation point behind the emphatic version: Surely God is good! Or because we understand Who God is and how He works, we use the restrictive version: Only God is good.

The Hebrew word for good has numerous translations; the most frequent are: better, best, pleasing, and favorable. It describes excellence of quality, excellence of character, and that which is of a higher nature (a vague way of saying God…).

This verse has the only occurrence of God is good in the OT. However, the Lord is good occurs seven times:

Taste and see that the LORD is good; blessed is the man who takes refuge in Him. (Psalm 34:8)

For the LORD is good and His love endures forever; His faithfulness continues through all generations. (Psalm 100:5)

Praise the LORD, for the LORD is good; sing praise to his name, for that is pleasant. (Psalm 135:3)

Give thanks to the LORD Almighty, for the LORD is good; his love endures forever. (Jeremiah 33:11)

The Lord is good to those who wait for Him, To the person who seeks Him. (Lamentations 3:25)

The LORD is good, a refuge in times of trouble. He cares for those who trust in him. (Nahum 1:7)

So, how can you experience God’s goodness? In His refuge. In His love. In His faithfulness. In His mercy. In His care. And when you do, you will sing His praises—forever.