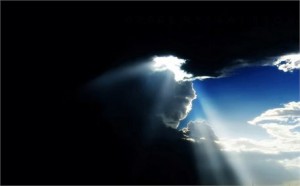 Jesus answered, “You say correctly that I am a king. For this I have been born, and for this I have come into the world, to testify to the truth. Everyone who is of the truth hears My voice.” (John 18:37-38)

Say correctly is just one word in the Greek. Most of the time it is translated as some form of say. But this is not speaking for the sake of being heard; rather it is an affirmation and exhortation; and one that is done aloud. It is not just a nodding of the head, nor is it words without a point. It is a declaration of your position. And what Pilate affirmed was that Christ was a king.

Jesus gives the reason why He was born. It is not to be King; rather it is to testify to the Truth. Boy if that isn’t counter-cultural and counter-intuitive, I don’t know what is. See the statement again: “You say correctly that I am a king. For this I have been born, and for this I have come into the world, to testify to the truth.” Even though being the King of kings is His birthright as the Son of God, it was not His purpose as the Son of Man, at least not yet. He is King, He shall be King, but why was he born in a manger in Bethlehem? To testify to the Truth.

For this I have been born. Literally, He became flesh, He was born of Mary. Metaphorically, the word for being born in the Jewish mindset has to do with converting. It also has to do with us becoming His sons through faith in Christ (i.e.—being born again).

For this I have come into the world. Come has to do with making an appearance; to be public. But it also has to do with arriving, and Jesus’ arrival was truly from heaven to earth. This is huge.

But Jesus has come outside this world. He came from Heaven to earth. He came from the perfect to the fallen. He stepped from eternity into time and space. He moved from creator to created; from Son of God to Son of Man; from ever-present and all-powerful to finite flesh and bones.

To testify to the truth. Testify could just as easily be translated as witness. And it is where we get our word martyr. We must not miss this. Christ died for the proclaiming this inconvenient (and absolute) truth.

The history behind the word truth is revealing (pun intended). In the Greek is has the prefix a- (which is negative, as it is in English) and the root word is lanthano which means to be hidden or escape notice. So with the negative prefix it then means not to be hidden and not to escape notice. Christ has come to reveal the hidden, and to ensure that it does not escape notice. Also more attributes are exposed in its use: it speaks to its objectivity, its certitude, and its universal application. Certainly a far cry from what truth has become in our culture.

That’s the danger of religion. It buries the truth in tradition and dilutes it so that it is no longer relevant, submerging it in ritual.

But it’s also the danger of the unregenerate life. Truth is merely a personal tool, to be used when convenient, but then to cast off for another, when what’s new fits one’s current worldview better. The world needs to have truth hidden and to escape its notice, because only then can personally manufactured truth stand.

How important is truth to God?

Christ has just spent the whole night in a mockery of a trial, where there was no truth offered, none was heard; and when they finally and only heard the Truth from Christ’s own lips, they called it blasphemy. And that’s how they were able to protect their turf—turning the Truth into blasphemy. Truth obviously wasn’t important to the Jews. But it was at one point, for being a false witness and providing false testimony was a big deal to God.

The judges shall investigate thoroughly, and if the witness is a false witness and he has accused his brother falsely, then you shall do to him just as he had intended to do to his brother. Thus you shall purge the evil from among you. The rest will hear and be afraid, and will never again do such an evil thing among you. Thus you shall not show pity: life for life, eye for eye, tooth for tooth, hand for hand, foot for foot. ( Deuteronomy 19:18-21)

A false witness will perish, but the man who listens to the truth will speak forever. ( Proverbs 21:28)

The Greek word for blasphemy is from two root words: blapto, and pheme. The former is to hurt, to harm, to injure, to stop, make lame and cripple. The latter is news, or fame, or a report. Isn’t our very misuse of truth by definition blasphemy? We may not be able to completely annihilate it, but we certainly can cripple and injure it. We can make it so disfigured that few will find any appeal in it.

And let us not forget this is why Christ  was born, why He had come into the world: to testify to the truth. If this was Christ’s purpose, than it was God the Father’s purpose as well.

This is one of the greatest battles we are in—the battle for Truth. Without truth, there is no commonality, there can be no consensus, nor is there a point of reference. Is there any doubt why we are so fractured, isolated, and defensive. If all we have is our own personal point of view, our own manufactured truth, then a great deal of our time is spent defending and reconstructing. So what happens when we avoid the truth?

For they exchanged the truth of God for a lie, and worshiped and served the creature rather than the Creator, who is blessed forever. Amen. ( Romans 1:25)

Then that lawless one will be revealed whom the Lord will slay with the breath of His mouth and bring to an end by the appearance of His coming; that is, the one whose coming is in accord with the activity of Satan, with all power and signs and false wonders, and with all the deception of wickedness for those who perish, because they did not receive the love of the truth so as to be saved. For this reason God will send upon them a deluding influence so that they will believe what is false, in order that they all may be judged who did not believe the truth, but took pleasure in wickedness. ( 2 Thessalonians 2:8-12)

For the time will come when they will not endure sound doctrine; but wanting to have their ears tickled, they will accumulate for themselves teachers in accordance to their own desires, and will turn away their ears from the truth and will turn aside to myths. ( 2 Timothy 4:3-4)

Father, may your Truth break through in my life. Amen.