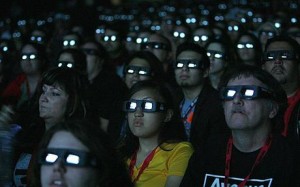 And I looked for sympathy, but there was none, and for comforters, but I found none. (Psalm 69:20)

What did it do to the Son to have His Father turn away and hide His face, especially at His time of greatest need? It could be said He died alone. His Father had turned His back and could not look upon His Son. But, Christ did not die alone. He had all the sins of the world clinging to Him; or more appropriately, He was hanging on to those sins all the way to the grave. How great His love for us!

When in torment and suffering, you look for those who can bring comfort, and be sympathetic; but there was no one for Jesus.

I am once again drawn back to the foot of the cross and examine those in the crowd. When I think of those who loved Jesus and beheld His suffering, two things come to mind:

Christ’s condition was so brutalized, His body so deformed, that it may well have been beyond the their ability to take it all in. What was done to Him, what He was going through, must have overwhelmed their senses.

Also, they were probably consumed by their own sorrow, or guilt, or powerlessness.

Either of these responses could have led to complete emotional shutdown or paralysis. And we would be the same. After all, what could we do? We couldn’t rescue Him or retrieve Him by force, for then there would be no sacrifice. Nor could we take His place, for there would be no perfect sacrifice. That’s why there were no responses. For those who did care, were immobilized, frozen. And those who didn’t care, they rejoiced in believing He got what He deserved—death.

So there you have it—we’re all left to be spectators. No one then and no one now could change the outcome. But remember these verses:

The Son of Man must suffer many things and be rejected by the elders and chief priests and scribes, and be killed and be raised up on the third day. ( Luke 9:22) Christ alone could pay the price, but what we can do is described in the following verses:

“If anyone wishes to come after Me, he must deny himself, and take up his cross daily and follow Me. For whoever wishes to save his life will lose it, but whoever loses his life for My sake, he is the one who will save it. For what is a man profited if he gains the whole world, and loses or forfeits himself? For whoever is ashamed of Me and My words, the Son of Man will be ashamed of him when He comes in His glory, and the glory of the Father and of the holy angels.“ (Luke 9:23-27)

I count all things to be loss in view of the surpassing value of knowing Christ Jesus my Lord, for whom I have suffered the loss of all things, and count them but rubbish so that I may gain Christ.  (Philippians 3:7-10)

But to the degree that you share the sufferings of Christ, keep on rejoicing, so that also at the revelation of His glory you may rejoice with exultation. If you are reviled for the name of Christ, you are blessed, because the Spirit of glory and of God rests on you. (cf. 1 Peter 4:12-14)

So… there’s the key. We are all spectators at the cross. We all need to see what Christ did for us, as He suffered and died. But then comes our part: take up your cross daily and follow Him; count all things as garbage when compared to Him; go through ordeals and tests, share in His sufferings, and do so with rejoicing. Our actions must constantly be aligned with and kept in the context of His suffering, death and resurrection. Then will our attitudes and actions be true to Him.