Let the glory of the LORD endure forever; let the LORD be glad in His works. (Psalm 104:31) 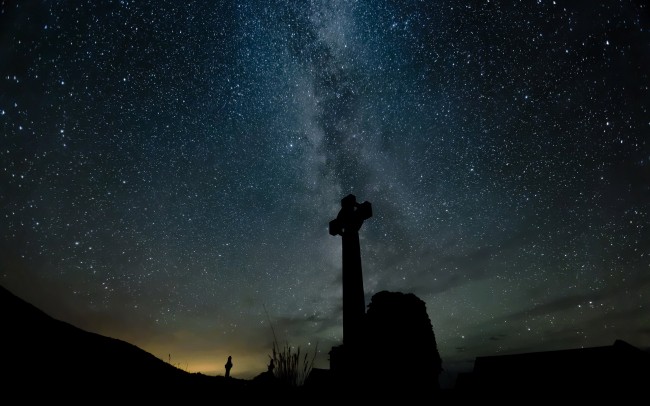 You ever wonder about the personal pronouns in the Bible? They are there for several reasons (and not just grammatical), and here are a few:

When God uses them, they become a way for us to relate to Him, because they reveal a very personal perspective of a Holy, transcendent God.

They are there because we are largely self-centered and selfish creatures.

They are there to allow us to identify with the authors, so when they say “I”, or “me” or “my” or “mine”, we can find ourselves in “their” shoes, saying or doing the same thing.

But the absence of personal pronouns can be telling. Take Psalm 104. It is a song of God’s glory, and His works, and how all creation declares the same. And we don’t get around to a personal pronoun until verse 33. Why is that?

The psalmist (probably David) is completely caught up in Who God is and What He has done. And when he is finally able to gather himself, what does he do? He worships.

Notice the extent of this singing and praising. And justifiably so, if we are considering the glory, the grandeur, and the greatness of The One True God.

There’s a scene in Carl Sagan’s movie Contact, where Ellie Arroway’s father talks about the size of the universe. And when he’s done, he states that if we are the only creatures in the universe, then that’s a lot of wasted space. My friend Dr. Ray Bohlin of Probe Ministries made a great comment when we saw the movie, reminding me, “The heavens declare the glory of God.” So it’s not a matter of wasted space. The universe is just doing what it is supposed to be doing. Declaring the glory of God.

Take some time and read Psalm 104. Get caught up in the LORD; join with David and declare the glory of God. Then do it for a lifetime!