Be exalted above the heavens, O God; let Your glory be above all the earth. (Psalm 57:5)

Last week I mentioned how context is critical to understanding and applying Scripture. I then showed the what the above verse was sandwiched in between: 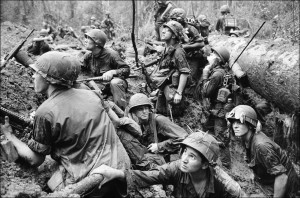 My soul is among lions; I must lie among those who breathe forth fire, even the sons of men, whose teeth are spears and arrows and their tongue a sharp sword. Be exalted above the heavens, O God; let Your glory be above all the earth. They have prepared a net for my steps; my soul is bowed down; They dug a pit before me. (vs. 4-6)

Now how is it that David could exalt the LORD in the midst of a dangerous and desperate position? The words of another Psalm give us some insight:

If we truly do trust the LORD, then hopefully we can say along with David, “What can man do to me?” But I also said the last time, I wanted to go a little further—and I meant that literally. Here’s more context to the “exalted” passage.

They have prepared a net for my steps; my soul is bowed down; they dug a pit before me; they themselves have fallen into the midst of it.(vs. 6)

And what did we learn from the additional context? Deliverance! And David goes further:

My heart is steadfast, O God, my heart is steadfast; I will sing, yes, I will sing praises!
Awake, my glory! Awake, harp and lyre! I will awaken the dawn. I will give thanks to You, O Lord, among the peoples; I will sing praises to You among the nations. For Your lovingkindness is great to the heavens and Your truth to the clouds. Be exalted above the heavens, O God; Let Your glory be above all the earth. (vs. 7-11)

David recaps this verse at the end of the Psalm (there is no more) because he has been delivered; those who thought to do ill to him, fell into their own traps. He then breaks out into full-tilt praise to the LORD, all the way to the end. He sings praise because God answered His prayer; he sings praise because He is thankful. 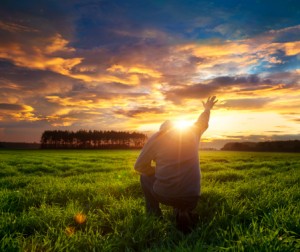 The story ends well here, and David sings the Lord’s praise. But don’t forget, when he exalted the Lord the first time, he was still in the middle of it. So regardless of the context, of what’s going on around you, exalt the LORD. And should He deliver you, remember to be thankful. Job had it right as well, even when He was in the middle of it:

Then Job got up and tore his clothes in grief. He shaved his head and threw himself face downward on the ground. He said, “I was born with nothing, and I will die with nothing. The Lord gave, and now he has taken away. May his name be praised!” In spite of everything that had happened, Job did not sin by blaming God. (Job 1:20-22)