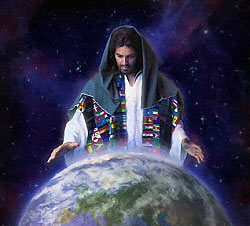 Surely our griefs He Himself bore, and our sorrows He carried; yet we ourselves esteemed Him stricken, smitten of God, and afflicted. But He was pierced through for our transgressions, He was crushed for our iniquities; the chastening for our well-being fell upon Him, and by His scourging we are healed. Isaiah 53:4-5

To conclude this portion of Isaiah, here again, are the six substitutions:

Not only did Christ die, so that we might have peace, He is our peace.

Glory to God in the highest, and on earth peace among men with whom He is pleased. ( Luke 2:14)

All these years when I have listened and read the nativity story, I have always thought the peace mentioned here was a result of God’s pleasure resting upon men. But what if it is more personal than that? What if peace among men that night literally came among men.

The prepositional word “in” when found in Greek has some interesting translations:

But now in Christ Jesus you who formerly were far off have been brought near by the blood of Christ. For He Himself is our peace, who made both groups into one and broke down the barrier of the dividing wall, by abolishing in His flesh the enmity, which is the Law of commandments contained in ordinances, so that in Himself He might make the two into one new man, thus establishing peace, and might reconcile them both in one body to God through the cross, by it having put to death the enmity. And He came and preached peace to you who were far away, and peace to those who were near; for through Him we both have our access in one Spirit to the Father.  ( Ephesians 2:13-18)

Not only did Christ die so that we might be healed, He is our healing (and our salvation).

Then Peter, filled with the Holy Spirit, said to them, “Rulers and elders of the people, if we are on trial today for a benefit done to a sick man, as to how this man has been made well, let it be known to all of you and to all the people of Israel, that by the name of Jesus Christ the Nazarene, whom you crucified, whom God raised from the dead—by this name this man stands here before you in good health. He is the stone which was rejected by you, the builders, but which became the chief corner stone. And there is salvation in no one else; for there is no other name under heaven that has been given among men by which we must be saved.” ( Acts 4:8-12)

He Himself bore our sins in His body on the cross, so that we might die to sin and live to righteousness; for by His wounds you were healed. ( 1 Pet 2:24) 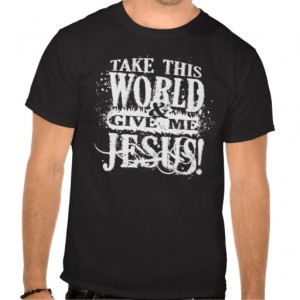