17. From Accountants to Singers 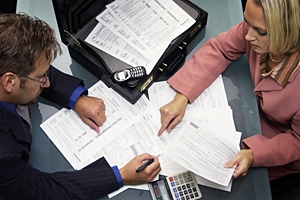 Despised pretty much means despised. But the word can also mean worthless. Esteemed is an accounting word, and literally means we calculated Christ’s worth and zeroed Him out. We dropped Him into a spreadsheet and determined He was of no value. This would be consistent with being despised. Fortunately this is our miscalculation. God counted Him worthy, indeed of more worth than all of us sinners in all of creation, and even more worth than all of creation itself. And it God’s inestimable value which resulted in our redemption. We are indeed broken creatures if we cannot see the value of The One Whom the LORD God Himself declared supremely and incomparably worthy.

And He is the image of the invisible God, the firstborn of all creation. For by Him all things were created, both in the heavens and on earth, visible and invisible, whether thrones or dominions or rulers or authorities—all things have been created through Him and for Him. He is before all things, and in Him all things hold together. He is also head of the body, the church; and He is the beginning, the firstborn from the dead, so that He Himself will come to have first place in everything. For it was the Father’s good pleasure for all the fullness to dwell in Him, and through Him to reconcile all things to Himself, having made peace through the blood of His cross; through Him, I say, whether things on earth or things in heaven. (Colossians 1:15-20)

But of the Son He says, “Your throne, O God, is forever and ever, and the righteous scepter is the scepter of His kingdom. You have loved  righteousness and hated lawlessness; therefore God, Your God, has anointed You with the oil of gladness above Your companions.” And, “You, Lord, in the beginning laid the foundation of the earth, and the heavens are the works of Your hands; They will perish, but You remain; and they all will become old like a garment, and like a mantle You will roll them up; like a garment they will also be changed. But You are the same, And Your years will not come to an end.” (Hebrews 1:8-12)

For a child will be born to us, a son will be given to us; and the government will rest on His shoulders; and His name will be called Wonderful Counselor, Mighty God, Eternal Father, Prince of Peace. There will be no end to the increase of His government or of peace, on the throne of David and over his kingdom, to establish it and to uphold it with justice and righteousness from then on and forevermore. The zeal of the LORD of hosts will accomplish this. (Isaiah 9:6-7)

Hopefully you see from these verses there is no one more worthy than the Son—no one more exalted. You even see this in Heaven, where there apparently was no one to open the book with seven seals; until the Lion of Judah, the Lamb of God—Jesus, came forward. 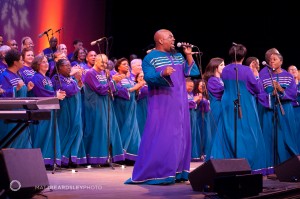 And they sang a new song, saying, “Worthy are You to take the book and to break its seals; for You were slain, and purchased for God with Your blood men from every tribe and tongue and people and nation. You have made them to be a kingdom and priests to our God; and they will reign upon the earth.” Then I looked, and I heard the voice of many angels around the throne and the living creatures and the elders; and the number of them was myriads of myriads, and thousands of thousands, saying with a loud voice, “Worthy is the Lamb that was slain to receive power and riches and wisdom and might and honor and glory and blessing.” And every created thing which is in heaven and on the earth and under the earth and on the sea, and all things in them, I heard saying, “To Him who sits on the throne, and to the Lamb, be blessing and honor and glory and dominion forever and ever.” (Rev 5:9-13).

This is a marvelous chorus. Notice the choir singing is in two-parts—those who have watched this great story of redemption unfold before them, and those who are actually the ones redeemed by Christ. Now the point of this song—the theme of this song—is Jesus; but the reason it was written was because you. You were purchased and are now part of His kingdom. At some point you’ll be singing this chorus. Why not start now?