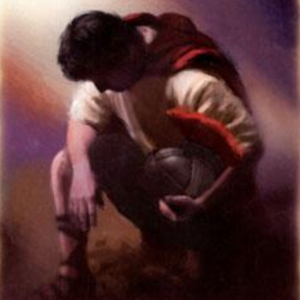 When He had completed all His discourse in the hearing of the people, He went to Capernaum. And a centurion’s slave, who was highly regarded by him, was sick and about to die. When he heard about Jesus, he sent some Jewish elders asking Him to come and save the life of his slave. When they came to Jesus, they earnestly implored Him, saying, “He is worthy for You to grant this to him; for he loves our nation and it was he who built us our synagogue.” Now Jesus started on His way with them; and when He was not far from the house, the centurion sent friends, saying to Him, “Lord, do not trouble Yourself further, for I am not worthy for You to come under my roof; for this reason I did not even consider myself worthy to come to You, but just say the word, and my servant will be healed. For I also am a man placed under authority, with soldiers under me; and I say to this one, ‘Go!’ and he goes, and to another, ‘Come!’ and he comes, and to my slave, ‘Do this!’ and he does it.” Now when Jesus heard this, He marveled at him, and turned and said to the crowd that was following Him, “I say to you, not even in Israel have I found such great faith.” When those who had been sent returned to the house, they found the slave in good health. (Luke 7:1-10)

Yesterday we saw the disparity between God’s view of His Son and our view of Him. Specifically we zeroed Him out, but God highly exalted Him. In the above passage, a Roman Centurion, a pagan, an outsider—someone who should have not known any better—provides a lesson on the worth of Christ. In this passage, the word worthy is used three times, but they are three different words in the Greek. The first is has to do with one’s value. The second has to do with sufficiency and ability. The Jews saw the Centurion as someone who was of value to Israel. But the centurion saw himself as being insufficient, and inadequate to receive Christ, let alone ask for his personal intervention. The third is a derivative of first, and unlike those of us today, or many who were in Jesus day, who may have an inflated sense of self worth (aka pride), this presumedly pagan centurion declares his unworth.

I wonder how often Jesus marveled at something. Two things, I believe, caught Christ’s attention here: the Centurion understood authority, regarding those below him, and over him; and, he knew Christ’s authority was well beyond his. And having at least had a glimpse of Christ’s authority, and recognized He only need say the word. Secondly, he understood and embraced humility. We see this in four ways:

So here was a Roman Centurion, a warrior, and as such someone understood power and authority. But his understanding went far beyond the military and political realms. He had glimpsed into the spiritual realm. He cared about—even loved—Israel; a strange attitude for a conqueror. He had built their synagogue—which had little to do with the Roman occupation. He had heard about Jesus, One Who had performed miraculous healings, and although he could draw a parallel between his authority over men and Christ’s authority over sickness and disease, his was a mere shadow in comparison, and in humility sought the Healer and found the Savior.

Many today seem so far removed and outside the Church, that they see little of value in us. Still it is our duty and privilege to show them Jesus. And when they look past us and see Jesus, they just might see His worth and find the Savior.